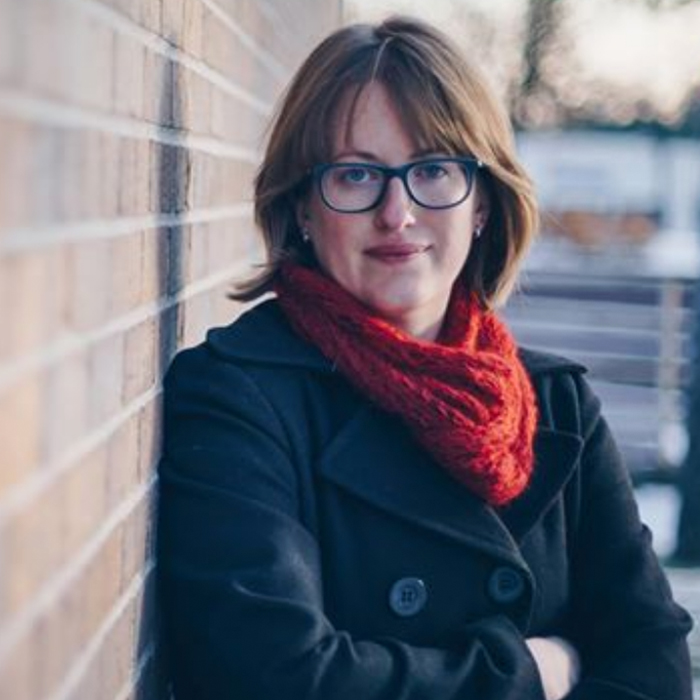 Anne Claflin is a scientist whose area of expertise is environmental policy. She has degrees from Grinnell College and the University of Minnesota Humphrey School of Public Affairs. Claflin works at the Minnesota Pollution Control Agency. She and her husband Warren live in South St. Paul with their 2-year-old son.

It is important to Claflin to end the divisiveness at the State Capitol and get back to Minnesota values. She has been active in union organizing and is the chair of the President's Committee of the Minnesota Association of Professional Employees. Claflin would like to encourage more women to enter politics and science and engineering.

Clinton won HD 54A by 3.25% margin (9879 to 9186 votes). In the 2016 House District race, Republican Keith Franke won by 3%. The Republican candidate was well known as the mayor of St.Paul Park. This district vote very reliably DFL for state and federal offices.

Anne Claflin will work on behalf of the citizens of District 54A. With this district voting for DFL party several times prior to Franke's election and having voted for Clinton, this race has a strong chance of having a Democrat elected, if Democrats show up to the polls. 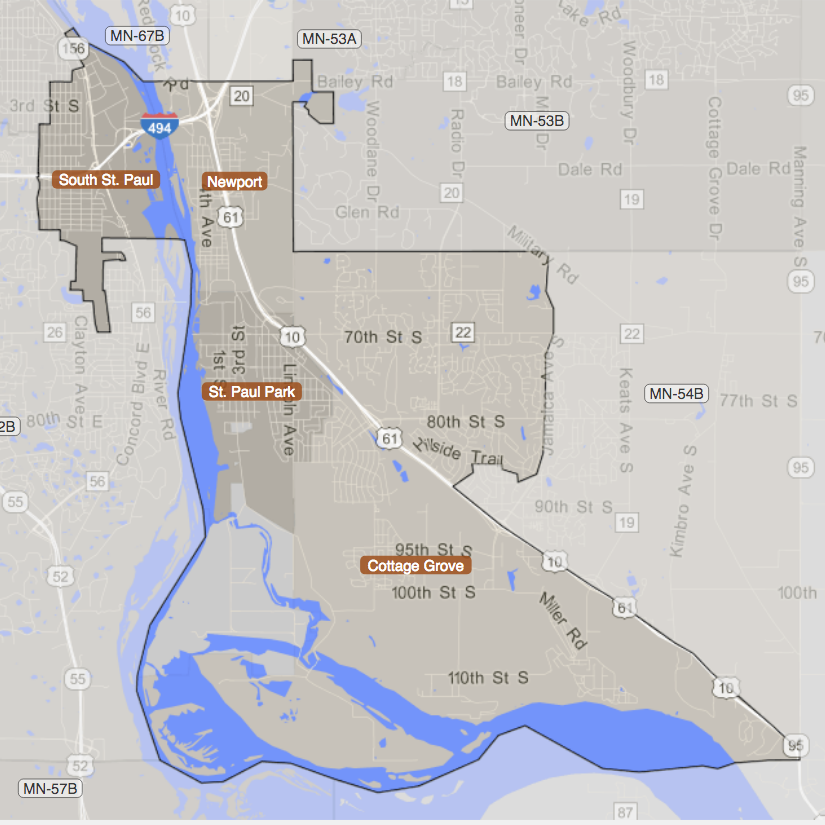 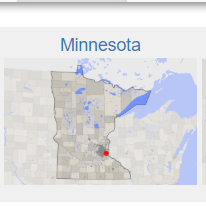 Geography and Environment: The district is a suburban area southwest of St. Paul. The Mississippi River runs between the district cities of South St. Paul and Newport, and then runs west and south of the district. Like the rest of Minnesota, summers in the area are sticky, winters are freezing, and ice hockey attracts devoted fans. There are two year-round ice skating rinks and a seasonal outdoor rink in the district.

Citizenry: The bulk of the population is between 24 and 55 years of age, along with another cohort of younger people‒their children. The average age is about 35, which is 2 years younger than the national median age of 37. The least represented age demographic is people of college age.

For households speaking languages other than English, Spanish is most common, followed by Hmong and various African languages. The majority of the population—82%—is white. Hispanics and Asians each comprise 6% of the inhabitants. Another 4% of the population is black. The district is trending towards a more diverse population, as the population under 20 has the lowest percentage of whites.

About 42% of the population is unaffiliated with any religion. Catholics comprise about 27% of the populace, mainline Protestants about 16% and Evangelicals about 14%.

Economy:  The median household income is $67,000 which is about $7000 more than for the state at large. Cottage Grove is the most affluent part of the district; South St. Paul and Newport in the northern part of the district are the least affluent. Of all ethnic groups, Asians earn more on average, with a mean annual income of $97,900. The second wealthiest demographic is non-Hispanic whites with a mean income of $69,400 annually. The lowest earners are those of mixed race, with a mean household income of $31,900 annually.

The unemployment rate is 5.6%, with Asians being the least likely to be unemployed (1.98%). The percent of population receiving food stamps is 7.7%, which is lower than the state average of 8.2%.

The largest industries are manufacturing (15% of employment), healthcare (14%) and retail (11%). St. Paul Park is one of the most industrial suburbs in the region, with a refinery, a mine and a heavy rail presence.

Livability:  A 3M facility in Cottage Grove, which manufactured PFCs until 2002, polluted the groundwater there. In a settlement in 2018, 3M agreed to pay the state $850 million to address water quality problems in the area. HD 54A is located in a watershed where only 40-59% of lakes and streams have good quality water. The air quality may also be a health issue for some, with 11.0-11.3 micrograms/cubic meter of fine particulate matter annually, and 9.2% of asthma-related ER visits attributable to fine particulate matter.

Transportation:  In Washington and Dakota Counties, the average commute time is 24 minutes, similar to the national average.

He served as Mayor of St. Paul Park from 2012 to 2016, where he increased the city's bond rating to AA. He also supported the economic development by sale of city land. In addition to serving as mayor, his community involvement includes membership in the Red Rock Corridor Commission, the South Washington County Cable Commission, and the Holiday Train Committee.

Franke's view of government is that it "should support and protect the rights of all individuals. It should provide and maintain the infrastructure, ensure public safety and promote well-being. Government is the vehicle upon which elected officials are the voice of the people to ensure the needs of the community are being met."

He will be sober 20 years in February and said he wants to use his experiences as a defendant and a recovering addict to improve the results the state gets for the millions it spends on substance abuse programs.

Issues of importance to Franke:  Franke wants to reduce taxes on individuals. As a recovering addict, he is interested in drug treatment programs and prevention of HIV/AIDS.

Potential Strengths:  Some of Franke's votes are moderate. For example, he voted 'no' on the environmental bill HF 3280 in 2018, which was an attempt to exempt Minnesota from the federal Clean Water Act. In the wake of the Parkland shooting, he has co-authored a couple of bills that provide some regulation of guns (HF 4171 and HF 4116).

Potential Weaknesses:  This is a district that has voted for Democrats for most offices—both state and national—for many years. Many of Franke's legislative votes are likely to dampen his support among Democrats. In a district that has polluted groundwater, Franke voted for the omnibus bill HF 888 in 2017 which would have suspended water quality standards, forbid regulation of lead ammunition on public lands, and more. He has voted to inadequately fund higher education (SF 2214/HF 2477 in 2017) and supported a form of vouchers that would enable public money to be spent on private and religious schools (HF 4, in 2017). Franke's votes demonstrate an opposition to a woman's right to choose an abortion (HF 809, HF 812 in 2017 and HF 3194 in 2018). In 2017, he was a proponent of constitutional carry, the legal carrying of a handgun without a license or permit.

Republican control of the Minnesota legislature has resulted in an uneven economy, deteriorating roads and infrastructure, and damaged environmental areas. It's time to bring Democrats back to clean up the mess and create opportunity for all Minnesota residents.